Hey folks, okay after finally getting some time to get back onto it, (something called work got in the way), I have more or less finished!! YEY!! Few bits and bobs to do, and the side art which I want to think about before rushing it....
Okay after painting the cabinet with the third coat, I decided I needed to move it up to where it going to be, my tiny room....can't believe I managed to find a place to squeeze it into, but looks good none the less!
Marquee
While it was sitting in my room, I designed the marquee in Photoshop. Decided on the name - Arcade Connections - homage to one of my fave Cd's Bombay Connections. I had the font in some cool flamed outline and the background images were various Street Fighter characters re-edited in a cool multicolour outline. Got it printed at a local print shop (for two quid!!) on some high quality photo paper. Sealed it on the marquee acrylic with some film and clear adhesive pads. 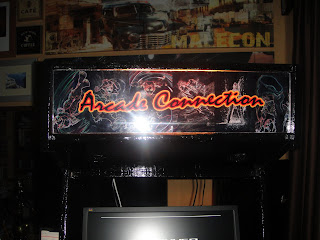 I have temporarily fixed it on the cab with some tape, but will use Velcro pads. Reason being is if I want to change the design I can do easily. Also need to out some foam padding around the edges to hide the light coming through the edges. Once i switched on the light, drew the curtains, it did look awesome....!!
Internal
I fitted in the PC, speakers, monitor and all the wiring inside to a single extension lead. Fired up the PC, put on King of Fighters.....then kind of played it for about an hour!!
Monitor Bezel
Next up (when I managed to tear myself away from playing) was the monitor bezel. As soon as I got the monitor in the right place and right angle, i placed the acrylic sheet in front, rested with some carpet edge (might need to paint this black as the gold looks a bit out of place), so I could see the display properly. Taped up the edges where I needed it to be blacked out. Up close you can see that the cab wasn't perfectly square, but to be honest, doesn't detract from the pleasure. Painted the sheet on the reverse with some fast drying enamel paint, did around 3 coats just to make sure. Now when I put it up on the arcade, it did look smart......i think i spent more time admiring the work then actually working on it!! Again I will be fixing this with Velcro, as in the future I'm sure I will probably replace with glass. 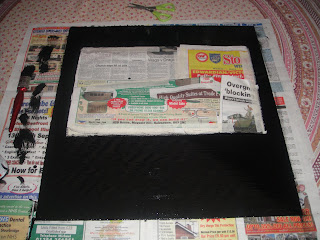 Okay so like I said, just need to a bit more touch up on painting and the side art, and a little strip between monitor bezel and controller, but more or less all done!! The only major thing now is choosing the best front end, and configuring the PC, but to be honest, I need to spend time on this as I don't quite get it!! I really want one front end that I can use to access all my emulators and games, and make it look pretty. Probably end up using GameEx as it looks nice. 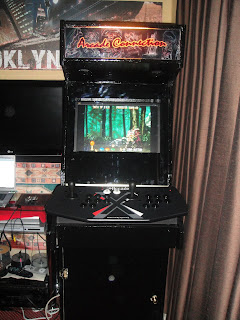 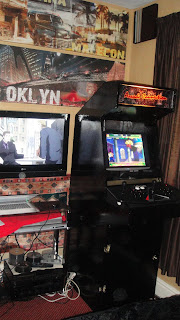 Summary
Enjoy the pics, and have also put in the material list. The whole thing cost me just over £600. Would've been higher if I had to replace my PC, but my brother managed to fix it (THANKS!!!) apparently one of the transistors needed replacing. However I imagine if i needed a new PC, add around £300 to the price. Possibly the controller if I decided to make my own, would've been a little less, but I will definitely build my own for the next one, and definitely using Sanwa parts. 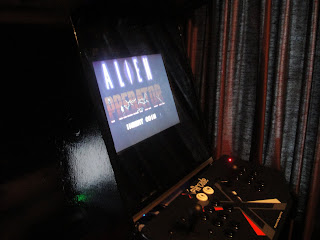 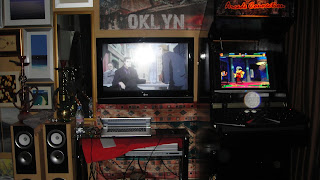 So, did I enjoy the process of building this thing, was I happy with the end result....short answer YES!!!! Even though this was the first time I really built something since school days, and no way a skilled craftsmanship, I found with research, and using common sense, you can get away with it. If I were to do it again, then yes there is a lot I would do differently when building, probably different material, more brackets, better measuring, even the paint, but to be honest I would do a different design too to accommodate a bigger screen - 27" monster!! At the end of the day I wanted to build a simple cabinet that looks like an arcade cab, fairly quickly, so I can play my favourite games and enjoy with with friends and family, which also looks fairly decent in the house. And I think that's what the result was...so no complaints...remember...its all about the game!! Let me know what you guys think. Any more updates on this....definitely with the artwork, front ends, new controller perhaps....also my brother has now decided he's going to build one, and trust with his skills, it will be awesome!! At least he knows he wont commit the same muppetry I did! 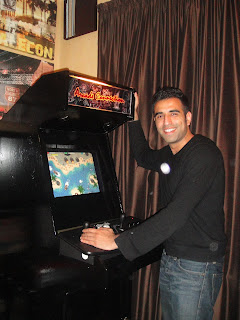 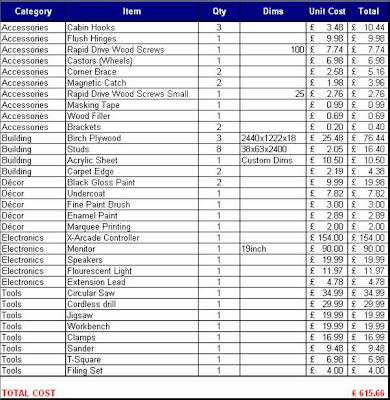 Thought I would get my act together and start a blog. I mean if Amitabh Bachchan has got one....! Mostly my views on manga, anime, games, film and/or music, I hope theres something here thats entertaining to read. I will also in due course put up links to my albums - Disco Nasha, Bombay Bliss etc. All comments appreciated.